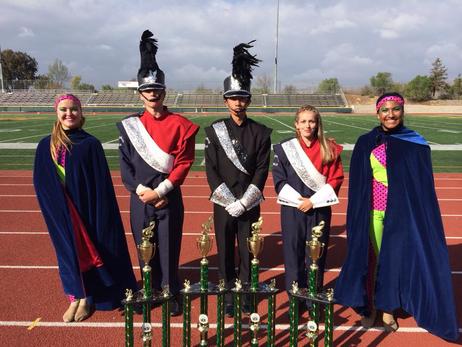 
The Marching Band has been competing in Southern California School Band and Orchestra Association (SCSBOA) events since 2005, and has consistently reached the finals and performed well in their division each year:

The marching band traveled to Miami in December/January 2007-2008 to participate in the Orange Parade, field show competition, and Orange Bowl halftime show. In the summer of 2007, the jazz band traveled to Europe to perform in numerous festivals. In the 2005-2006 year, the concert band was invited for the second time to play at the Carnegie Hall Band Festival in New York. There they received a gold standing, the highest honor of the festival.